When Will My Name Be Authentic Enough?

More than ten years ago, when I was still a teenager living in Canada, I was an avid movie viewer. After a while, I started to realize my family should sign up for a rewards card and save up some perks. One afternoon after viewing another movie at the local theatre, I walked towards their computer and started populating the registration form. After filling in my name, the system said I need to edit the form as my four-character Chinese last name was “invalid.”

Using my then-teenager vocabulary, I was “pissed,” but I also didn’t give up easily. I checked online to see if there were alternative ways to sign up and asked the cinema staff who could solve the issue. It turns out my only viable option was to go back to that sign-up machine from time to time. Before each attempt, I hoped that someone from the company had updated their system’s mistake. After briefly one and a half years, I finally got that membership.

Exclusions like this are disappointingly common for people who do not have an occidental name. Years ago, not having an Americanized name was frequently understood as a reluctance to assimilate into a more westernized life. Our existence as immigrants was deemed harmful by default if we did not put our efforts to prove our worthiness. The good/bad immigrant binary told us we had the responsibility to white-wash our cultural identity and ways of being. [1]

Ironically, non-anglicized names are now suddenly more appreciated, with people saying how they are unique and make you “stand out.” The phenomenon was humorously depicted in the show Kim’s Convenience, where the Korean-Canadian family’s daughter discovered there were numerous Janet Kims on the search engine, and decided to give herself a Korean name for a stronger impression at a job fair. 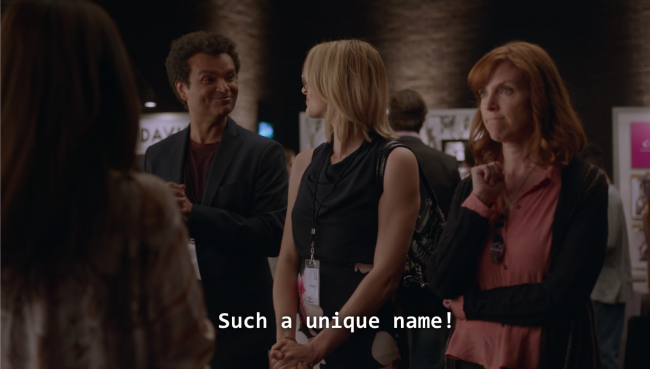 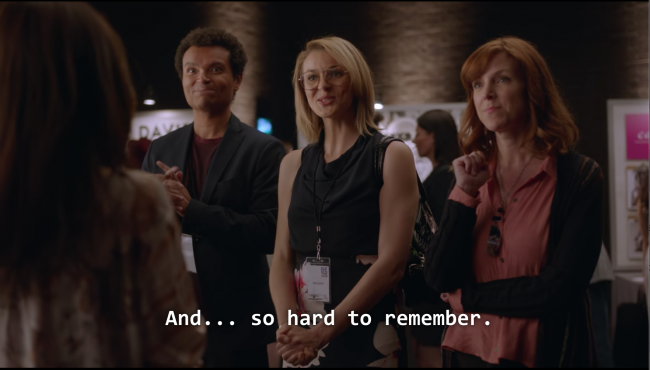 What is critical about this joke is that although Janet got praised for having a unique name, it was too hard to pronounce and remember for her potential employers. The reality is still the same and perhaps worse for most of us. Non-Americanized names became “authentic,” but “too authentic” for institutions and companies. For this blog post, I asked friends and students if they knew personal instances related to my topic. Here are some of my collected experiences:

“Many Indians will shorten their name so others can remember and pronounce them better.”

“Remember Heidi? She was bullied in high school because of her Korean name. That’s why she gave herself an English name.”

“My college professor didn’t acknowledge me because he didn’t know how to pronounce my name. One time he looked at me and mentioned me as ‘one of the students’.”

“I am the only tenant in my apartment who has a full Chinese name, and I suspect that’s why only my packages get constantly stolen.”

“During the first week of school, nobody pronounced my name right! I even thought of shortening it, but my classmate told me to ‘let the Americans do the hard work’.”

“One of my instructors’ last name was deemed invalid for citizenship because it is only an ‘O’ when anglicized, and it frequently does not fulfill character requirements.”

“Patients in my clinic frequently make fun of our doctor’s Chinese name.”

“My parents gave me a Russian name. When people hear it and see that I am Asian, they get confused and tell me it’s ‘weird’.”

“I once met a Chinese dude called Michael. When I asked what was his original given name he said no one has ever asked him about it. He appreciated that.”

The emotions and details provided in these stories reflect how these “inconveniences” are predominantly familiar, casual, and frequent. They are deeply embedded in our daily lives and interacted systems. Are these situations only micro-aggressions that should be just brushed off? Or are they persuasive examples of symbolic violence within our shared living experiences that reflect some of the most significant systemic problems within colonial and western societies?[2] To this day, minorities still “whiten” their resume names and accomplishments to receive a higher call-back rate due to racial biases. [3] Students with stereotypically black names are more likely to be punished and deemed as troublemakers compared to students with stereotypically white names. There is always power in play when it comes to determining which names are more likeable. [4]

Although the Asian community continually jokes about how many of us have names like “Kevin” or “Amy”, we also need to acknowledge the commonality is formed because they are easy to pronounce and remember. These are the cultural backstories an alarming amount of mainstream discourses about diversity are overlooking. With diversity and social innovation becoming increasingly popular terms, perhaps the best way to co-create an equitable future is to stop seeing diversity as another problem that needs to be checked off. Instead, see it as an invitation to step back and give minorities and marginalized communities the agency to lead their discussions and become heard. [5]

The poetry slam powerfully expresses how three young adults reclaim their names and family histories. After watching, I started thinking about my name. If you know the historical context of Chinese last names, my full name can be interpreted as “the river of wisdom”. In direct translation, it will humorously become “smart soup.” Names can have drastically different meanings based on who is perceiving it. But most importantly, it should be given to you, not “to the rest of the country.” [6]

[4]Macrina Cooper-White, “When ‘Deshawn’ And ‘Greg’ Act Out In Class, Guess Who Gets Branded A Troublemaker,” HuffPost (HuffPost, April 21, 2015), https://www.huffpost.com/entry/black-students-troublemakers_n_7078634